A not so serious reflection on 2014 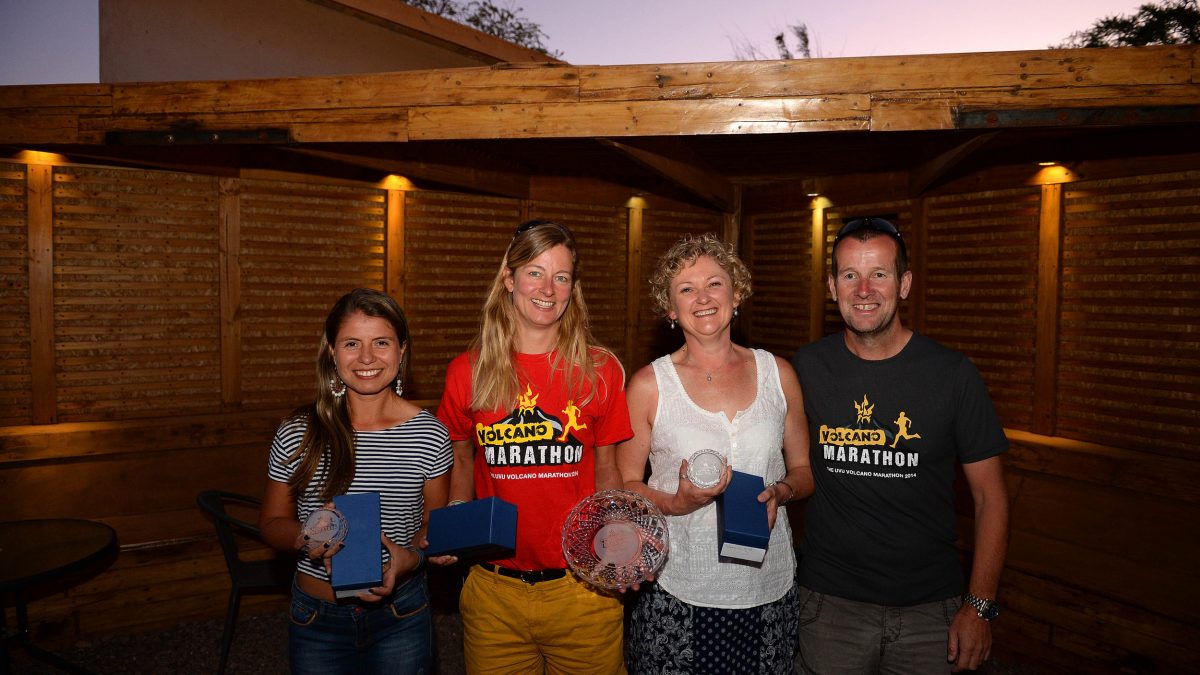 As I coast through the festive season, with training in a hold and maintenance plan it seems appropriate to take a look back over the year. Here are some serious and not so serious reflections.

Who the hell thought running a marathon on a volcano was a good idea?

I know I said this last year but; my madness would seem to know no bounds, and I have finally accepted, as have my poor husband and daughters that we are not really a conventional family unit and that eccentricity is what the McIntosh clan seems to thrive on.

I need a shelf for my bling! Who would have thought it, certainly not me.

Never, ever say ‘it is only a marathon’. It will come back to bite you.

By the way folks, just because a race is along a loch side it does not mean that it is flat. Loch Katrine entrants, be warned.

Contrary to many of my fellow runners I am not of the opinion that toe nails are overrated. Indeed they are highly underrated.  Having recklessly lost the nails off both my big toes I can categorically say that they do have a purpose in life, and I will be looking after the replacements, that have only just grown back in.

Being a race director had worked wonders for my patience. There is no limit or bounds to the bizarre and stupid questions that are asked. Take a breath and count to 10. The scary thing is, I have probably at some point asked equally stupid questions, for which I repent and apologise profusely.

I am really, really shit at predicting times: cue some interesting phone calls and discussions with race support.

The Highland Fling is a pig of a race (sorry John). I did manage to knock an hour off my time this year, but was still in bits at Beinglas and my progress from there to the finish was not exactly a stellar performance, although on the plus I did manage to run more of the last 12 miles this year than in 2013.

Carrying the Commonwealth Baton was brilliant.

Don’t shoot out at 8.30 minute miles on a marathon. Especially when it is questionable if you have ever been able to run at or sustain that pace in the first place, and especially not just 3 weeks after running 95 miles.

I apparently, really know how to show a guy a good time. Alasdair just loved hanging around a muddy field with the midges in the pouring rain, hail and thunder; and he especially liked the walking portaloos.

It is possible to use a credit card whilst asleep.

Rest and recovery are still a necessary part of the process.

That long haul flight to Chile is just as long as it was in 2013.

Air France is far superior to Iberia: champagne and the lovely Nicholas to serve it with a smile.

I did not truly know the meaning of being completely and utterly spent until a few weeks ago.

I can survive and still function after 56 hours without sleep, but suspect that my driving skills were slightly impaired. Cue the 30 mph drive from Kinlochleven to Fort William where I was convinced I was doing about 60.

Running for 24 hours is perhaps an extreme to way to achieve the best night’s kip ever.

Never believe a runner who says ‘never again’. I am really looking forward to that kip again.

According to a recent conversation with a fellow endurance runner, we are all in fact sociopaths and if we were not out running we would probably be killing people: Alasdair would like me to keep running.

I can honestly say that I can’t think of a better way to spend my non-working hours than making new friends and running around the hills and trails with them and the rest of my race family.

It has been a good year for me and in no way an anti-climax after the Antarctic achievements of 2013. I have been able to use the confidence and base fitness that gave me to increase my endurance and mileage set and reach new goals; not to mention run the hardest race ever.

Alasdair’s take on why we run: it is like banging your head off a brick wall, it is so lovely when it stops.

Happy New Year, and may 2015 see you fleet of foot and injury free to reach the goals you set yourself.