Last does not mean loser 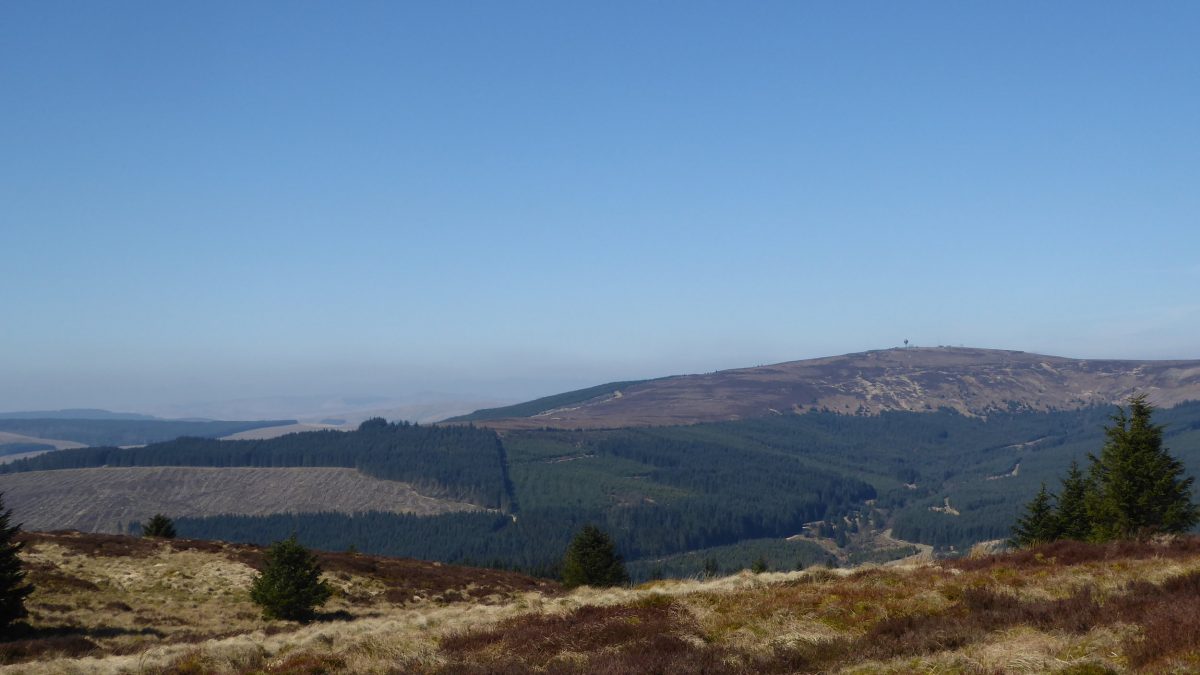 Bunk beds and school dinners were the order of the day at the Hawkhirst Scout camp which is where the Kielder, 50k, 80k and 100k races start and finish and where we were staying the night before the event. I was one on a small Scottish raiding party making a foray into racing south of the border. Speaking to our dorm neighbours we discovered a small Danish raiding party too.

The least said about the school dinners the better, the low point being the pot of custard which I found myself consuming even when I detest custard. As for the heartburning inducing instant strawberry porridge; well it had definitely out-stayed its welcome after returning for the first couple of hours of the race.

With a billet yards from the start I was not complaining although Alasdair thought otherwise as he negotiated the top bunk confirming that after a certain age there are things that just should not be done. We had lucked out with a two bed dorm which was a great relief to Alasdair as the delights of his snoring were reserved for my ears only.

I did not need the alarm, waking shortly before 4 after a disturbed night. Strawberry porridge aside, it felt quite luxurious being able to potter about the warm chalet up until 5.25 at which point I morphed into a pack horse with my race vest weighing in at about 4kg thanks to mandatory kit, fluid and nutrition requirements. At 5.30 just as the dawn was beginning to crack the sky the 100k and 80k races started.

This was going to be a slow one due to terrain and a lazy-assed lack of training. The forecast was good though, so a potter around the high fells of Northumberland and round Kielder water enjoying amazing views would be a grand day out. Right? That was fine until the potter became a boggy cloud shrouded slog across the top of the high fells at which point my expectations disappeared off into the mist and cloud like a will ‘o the wisp.

The first 14k, accompanied by a beautiful soundtrack of the dawn chorus, undulated and meandered up the water and through the forest to Kielder castle along tracks, paths and a few sections with no path and very wet underfoot. A taster of what was to come. I arrived about fifteen to twenty minutes ahead of my estimate and set off for Deadwater Fell with a spring in my step.

The next 30km was a loop up and over the high fells and back to the castle and I had estimated it would probably take me about six hours. I popped out of the forest at the top of Deadwater into low cloud and visibility of approximately 30 meters. The route now took us off track. I shame-facedly admit that I was not prepared for what was to follow: a brutal slog across the fells. The novelty of picking my way down the fell with no path and frequent stops to pick out the tape markers soon wore off.

I am used to running at the back of the pack and have finished second last on a few occasions, but have never actually been the lantern rouge. It did not feel anywhere near as bad as I thought it would and I actually embraced the feeling knowing that all I had to do was keep within the cut off and finish.

Back to that not being prepared thing: bogs. After a steady climb up Peel Fell I was onto the boggy section that we had been warned about. The visibility was still very poor, so none of the promised views, but I knew that the markers roughly followed an old fence through the bogs so between the two navigation was going to be OK; but I had a decision to make. The soft option, don’t fight the terrain and pick my way painstakingly through the bogs and minimise the chances of disappearing up to my knees or deeper in the mud; or the hard option of fighting the terrain and just going for it. I went soft, and still fought the terrain. Every time the mud tugged at my shoes trying its best to make us part company, and every time my shoes filled with the cold muddy water I got grumpier and grumpier. This was not fun. I was not enjoying myself], I would rather be banging my forehead against a blunt rusty nail.

As I came off the fell I was 30 minutes behind the person ahead of me. The marshals asked if I was Ok to continue. Did I want to continue? Of course I was and yes. Back on a track I could make up some time. How wrong was that assessment: about a hundred meters on and I was off the track picking my down another path free slope, cue much Muttley like ‘rasser-frassing’. A least the cloud and mist had gone, the sun was out and the views pretty decent. Up and down I continued the scramble with all too brief moments of respite back on a path before veering off again. A little disorientated I popped onto a track thinking I was on the last section back to the castle. Oh no, why would I think that it could be that easy when I could be directed up another rough climb onto the three peaks and bush whack my way through the heather.

All I can say, it was truly embarrassing at this point. Diva strop really does not come into it. We are talking full-on two year old temper tantrum, complete with angry tears. That was it, I was done, so done with this. I was just going to walk very slowly, just like a recalcitrant toddler, and get timed out at the castle. And just for the record, I HATE HAVING WET FEET! The warm sunshine and views offered a modicum of consolation.

I flounced up to the castle check point declaring that I was done with the bog and heather whacking. Any more of it and I was withdrawing. The dummy was on the ground and the toys flying out of the pram. Here we go again thought Alasdair. I was 35 minutes within the cut-off, damn it, and apparently making up time, now only 15 – 20 minutes behind. How on earth was that possible? It was Neil, a fellow Scot who was ahead, but he had hurt his knee and was expecting me to catch him. Oh well, time to get going I suppose. Could I ditch some weight, perhaps the full waterproofs and the head torch: no.

The terrain did get easier and my mental state improved. There was still a good deal of climbing and the occasional detour through the odd bog or two, but overall easier to make steady progress and to run. Ah, my old friend running. The landscape and views were lovely and it was really warm. Each corner I turned, and each rise I topped I looked out for Neil to no avail. Then eventually I spotted a figure in the distance part way up a climb. That was my target, could I make up the ground, could I catch him? I very nearly did, but he set a cracking pace on the final descent to the dam. His comment, ‘I knew you were coming, and was not wanting caught’.

I was still within the cut-off and would be finishing, I could walk the last 18k if I wanted. Neil headed of pretty sharpish whilst I decided to take advantage of my last place and sit in the evening sunshine, have a cuppa and a cheese roll and change into clean dry socks and shoes: ahhhh. Bliss. Better get going I suppose. I walked across the dam before picking up the pace. This final section undulated along back up the east side of the water and I was able to get a good rhythm of walking and running, picking up time as I went. I managed to duck over the finish line in the last of the light finishing last in 14:34.

That was brutal. Am I becoming soft? The diva sitting on my shoulder flings herself down announcing that, ‘fell running is not for me daaarrling! I mean all that bush whacking and trench foot, urgh!’ Diva strops aside, as slow as I am I prefer the balance to weigh in on the running side rather than the walking and that was the problem with the day.

If I let the voice of reason get a word in, it would say I finished in the time I set out to: I had said 14:30– 15:00 hours. Yes, I came last, but I also came first in age group. Perhaps a hollow victory, but as a friend said, you have to be in it to win it; and I did win. I won the battle with the terrain and I won the battle with myself, with that voice that wanted to throw in the towel.

Fell running? Well it’s going to take some practice. Those descents still need work; I need a technique for heather whacking, but I think the diva will never truly embrace the bogs.