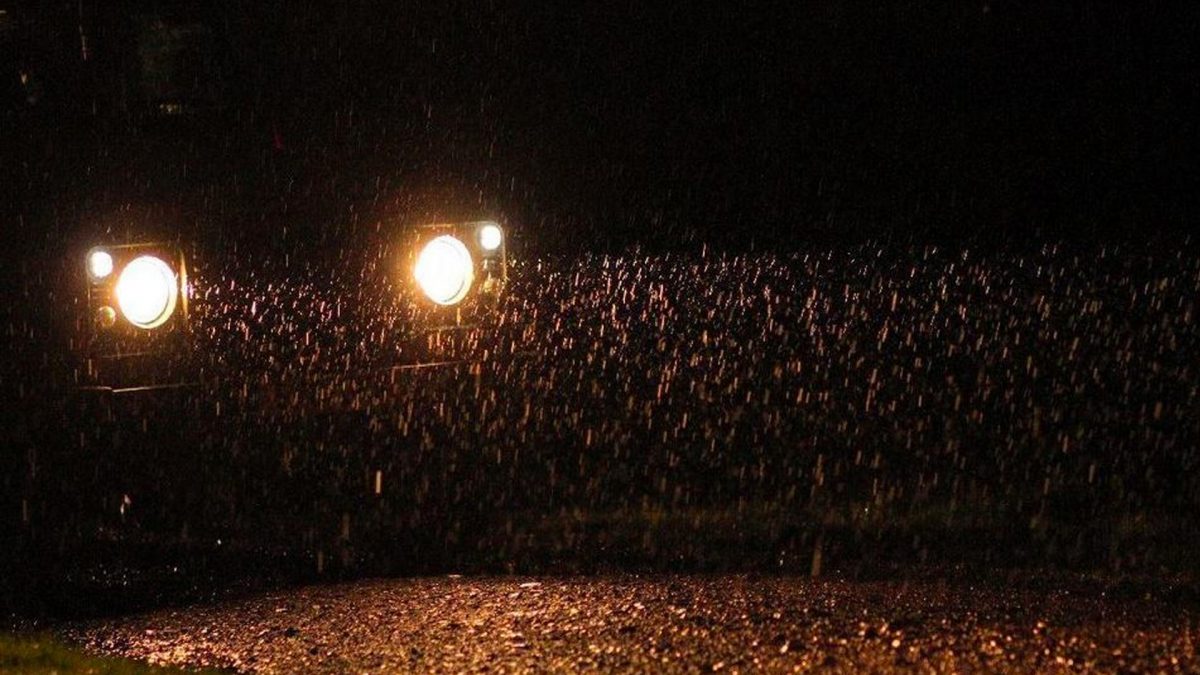 There was weather. There is always weather in Scotland, but this weather was biblical. I was wetter than a wet thing that is very wet for nine hours as a completed the Marathon de Ben Nevis.

I also think that this is the time that I have to admit that I hate the Lairig Mor and that the feeling is mutual: a hate-hate relationship, especially after a double crossing in the aforementioned biblical weather conditions.

We had a relaxed and pleasant journey up to Fort William with the now obligatory stop at the Real Food Café. There was no sign of the forecast rain and stormy, but we knew it was only a matter of time. The question was, just how bad was it going to be? The first spots of rain were falling as we arrived and got settled into our B&B. By the time I left to go and register the rain was settled in for the night and falling steadily. After a bit of delay waiting for timing chips I was registered we were heading to Crannog for dinner. The food was lovely and I can thoroughly recommend it.

A quiet evening, early to bed and the usual uneasy pre-race night with not much sleep. A friend had arranged to pick me up in the morning and it was quick hurl up to the start at the Braveheart car park. We sheltered in the car for as long as we could before a quick jump to huddle with the others under the gazebo. It was then that heard that the race was going to be changed due to the weather conditions, but no one knew for sure. It was confirmed at the briefing. Instead of the planned circular route it would be an out and back with the distance being a bit shorter.

I would like to say a huge thank-you at this point to all the marshals who so generously supported us, standing for hours in the terrible conditions. The organisers (No Fuss Events) did a great job re-planning and coming up with plan B, C D …..

As we set out in the grey dawn and rain it somehow seemed counter intuitive running up the fire track away from the Braveheart car park. In fact I have never run up it, I have only ever come down it at the end of a race or training running. My brain gave little burp. So, how should I tackle it? It was going to be about 3.5 miles uphill before the drop down of the track onto the path that undulates to Lundavra. Do I stick with the ‘walk the hills’ rule or run? That’s a long way to walk and would add a lot of minutes to my time, equally running it could be borderline suicidal so the only thing for it: run/walk.

On the surface this seemed like a good plan and I made steady progress. It was not cold but the rain was insistent. So it was wet on the outside with the rain, wet on the inside with sweat and condensation: thoroughly wet then. Maybe I just don’t pay enough for my waterproof jackets or maybe breathable has to be taken with a pinch of salt.

Once at Lundavra there was a whole new world of wet in store for us. This was honestly and truly biblical. I have only ever got across the Lairig Mor once in dry conditions and even then it was not great due to the low temperatures. The horrible wet conditions experienced during my West Highland Way race crossing in 2015 paled into insignificance compared to this. I was soon schlepping my way through rivers some almost up to my knees and struggling to come anywhere close to a decent or steady running pace. The wind was whipping up in some sections too and there were a few interesting moments when staying upright or moving forwards were on a knife-edge. It is all part of the adventure I kept telling myself, and was exciting and fun for all of about 2 minutes.

At this point I realised my folly. Running sections of the fire track had wasted energy that I needed now and any gain in terms of time was lost. A steady stream of people who must have walked the track started to pass me, adding to my general ill-humour and frustration. I was not enjoying this at all. It had gone beyond funny.

Feeling very sorry for myself as I straggled along I decided that I would drop out at Kinlochleven. I did not have two crossings of the Lairig in me. I could call Alasdair before taking the path down to the village and would not have long to wait for him. Decision made I pressed on putting a bit more effort into the task. The sooner I got there the sooner it would over.

As I arrived above Kinlochleven and where the West Highland Way route drops down to the village my brain clearly blew another fuse: I continued on the race route! You idiot, what are you doing? What do you think? I am going to go on a bit further and see how I feel at the turn. I can always decide to drop out at Kinlochleven on the way back. It should get a bit easier underfoot from here too. I’m going for it.

A quick stop at the checkpoint at the old Mamore Lodge for my drop bag and then onward. I was in unknown territory on a new route and curiosity is a great distraction. Have I said it was wet? Well it was still wet, and grey, and dark and moody in what could be defined as typical of the highlands. I was not really appreciating it, but could see the scope for it to be really beautiful on a dry, sunny clear day.

The route undulated along through the woods and then opened out onto a series of climbs and drops before flattening out along the loch towards the turn point at the top end. The front runners on their return started to pass me on the last of the climbs and all with words of encouragement which I greatly appreciated. This was a bit of a morale boost as I had expected to see them before now. As I started along the lochside there was a steady stream of people on the return all say it was not far to the turn.

Finally I reached the turn point. Phew. That was a long time coming. I did not tarry long, just long enough to refill a water bottle and grab my drop bag. Up to this point I had assumed that myself and the poor sod from down south who was running his first ultra (baptism by fire or what) were the back of the field. I was therefore very surprised after passing him, and encouraging to keep up the good effort, to then pass a handful of others.

Just as I was about to follow the track back up the first climb off from the lochside there was a particularly unpleasant spell of the wind whipping up and driving the rain against my face. Ouch. Is this what a chemical peel feels like? Was there a possibility that I could finish this race looking ten years younger? And a pig flew by.

The cyclists were now coming in the opposite direction and were all very cheery and encouraging, and probably a bit appalled at the lunacy that compelled people to run this.  Now that there were runners and cyclist on the route things were going to get a bit interesting especially when they started coming back the way and when we got onto narrower section.

At the risk of starting an endless loop I decided again that I was most certainly not going over the Lairaig again. Same plan; stop at Kinlochleven, call Alasdair before making my way down. I honestly think I must have slipped into a fugue state because the next thing I knew I was schlepping my way back through the river that was the Lairig Mor. What is wrong with me? Nothing for it now but to press on, dodging to keep out of the way of the bikes, and trying not to let all the times I was having to stop and step off the path to let the rather impatient cyclist past turn me into an axe wielding psychopath. Did I say it was still chucking it down?

Finally, the fire track and familiar mental territory. I could have wept, but I was wet enough already and I was pretty sure that my waterproof was no longer water proof. I gave Alasdair a quick call and an eta before starting down the track managing to get into that familiar steady state run that brings with it the good memories of previous occasions coming down the track.

I was positively giddy with relief when I arrived back at the Braveheart car park and the finish line having clocked 36.5 of the hardest and certainly wettest miles ever. Straight away Alasdair bundled me into the car and drove me to the high school to get a hot shower before heading to the Ben Nevis distillery for some food. It was still pouring when we left Fort William, and god love him, Alasdair drove the whole journey home in one go. We both just wanted to get home.

Initially bitterly disappointed and frustrated with my effort, I later realised that actually I had finished in a time that was slightly faster than my race plan. It is odd how when you are at the back of a small field your brain can play tricks on you and give you the perception that you are doing far worse than you are. Add the weather into that mix and yes, there would be a lot of mind games.

Oh, and did I mention that I was more wet than a wet thing that was very wet?