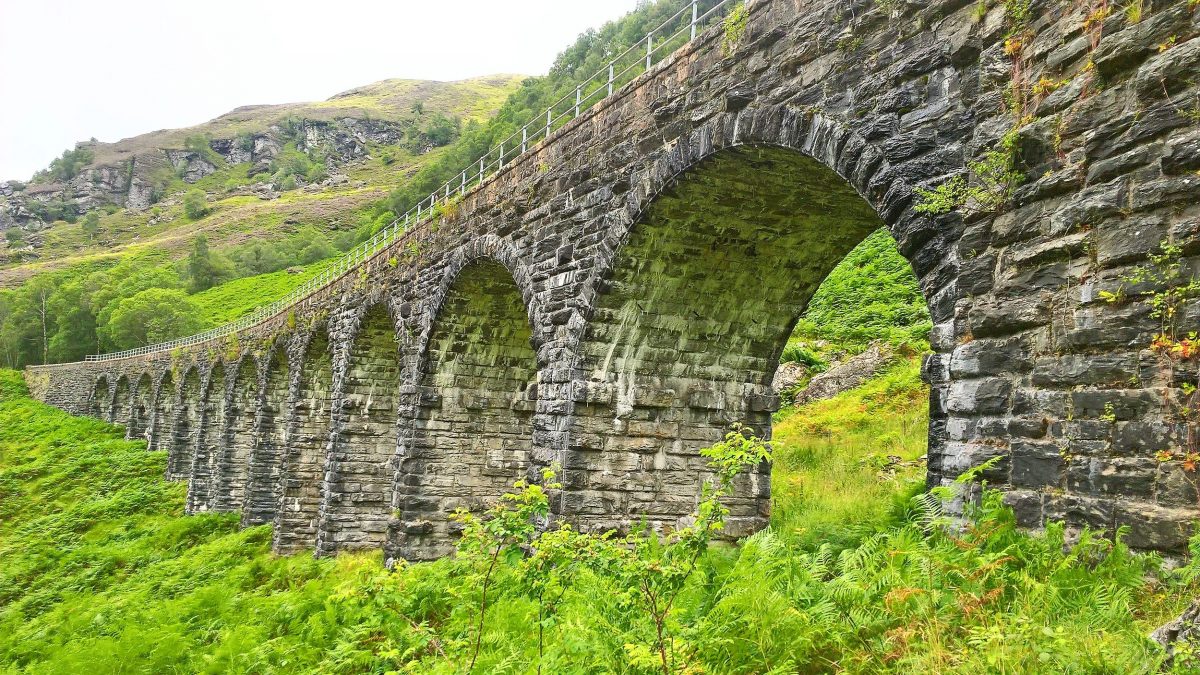 At the recent Glen Ogle 33 I had my first experience of sweeping. For the uninitiated a sweeper is positioned at the rear of the race behind the last competitor: and as the name suggest sweeps along the route ensuring that the runner stays on course and letting the check points know that there is no left on the course: simple, but there are a number of rules. I was sweeping with Ada, a seasoned sweeper and great person to learn the tricks of the trade from.

Rule #1, time the hunt. After a no nonsense shooing of the last of the runners dawdling over the start line we set out at a fairly leisurely stroll as the runners disappeared. Ada explained how we give them a good head start before hunting them down, letting them enjoy the start without feeling hounded: we would catch them soon enough. Right enough, once out of the village and onto the track and the first long climb we spotted the tail end runners. We stayed a good distance back adjusting the pace to keep visual contact.

Rule #2, do not lose any runners and ensure you are the last through the check points: oops!. This is fine until your runners cunningly disguise themselves as walkers. We ticked of the first few miles keeping the last runner in our sights. As we approached the first road crossing and check point we spotted three women with day sacks stopped near the snack van chatting, a nod and a hello and we passed by with the assumption that they were walkers, or maybe supporters. We crossed the road and stopped to chat with the marshals and confirm that the last runner was through. There was a call from behind,

‘Are you sure that’s all the runners through?’

We turned. Three women, all with numbers on their legs running down the path. What the ….

Cue much hilarity and ribbing. We had not seen their numbers and based on the size of their packs and leisurely loitering had assumed walkers. After all the check point was only a quarter mile ahead. A yell from Ada,

‘We’re the sweepers ya fannies! You’re supposed to be ahead of us!’

And they shot off a quite a lick, never to be seen again.

Rule #3, it’s all about the runner. This may seem an obvious one, but Ada said there have been times when she has had to remind people. Sweeping has to be a selfless activity. It is not a free entry into the race and it is not about the sweeper getting a good run in. It’s a long hard day out.  We have to ensure that the last runner does not feel pressured or hunted. They simply need the re-assurance that there is someone behind looking out for them. The runner will let the sweeper know what they want, be that keeping a discreet distance; running beside them; running slightly ahead; chat or silence; encouragement or a swift kick up the backside and an order to MTFU.

Our runner was Janice, who is a pretty amazing person. She has overcome serious health issues to run, she coaches and supports and is one the most positive people I know.  We checked in with her early on and she was fine with us keeping back and said she might want some company in the second half. We tarried a while at the 2nd check point taking the chance to grab a cuppa and raid the drop bag left overs. As Ada said, a long day so make the most of the stops, and we would soon catch up, which we did on the road to Balquhidder. Janice was walking this section as the tarmac can aggravate a weakness in her left leg. Did she want some company? Yes, for a while. We stayed together, chatting about this and that, as far as Strathyre with Janice firmly dictating the pace.

At Strathyre Janice headed out saying that she wanted to be on her own again for a while as she tends to slow down when she gets distracted with chat. We fell back and kept our distance to allow Janice to be her own task master and get on with it.  She was well motivated and certainly did not need any encouragement from us. Although she was slowing she was maintaining a slow, but steady pace.

At the third check point Janice barely stopped teasing us saying that she thought she had lost us. She was determined, steady and strong. We let her head out while Ada dealt with some blisters and changed her shoes. The checkpoint was cleared and ready to go as soon as we were done. A chance to warm up, have a nibble and another cuppa for Ada; then we were off again catching Janice along the viaduct. We were still keeping our distance, but aware of the light going and the temperature dropping in the stiff, icy head wind which was turning it into a slog. But Janice was up for the slog and we knew she would stop or call if she wanted us. I think if it had been me, I would have wanted some company at this point; especially with the eerie, almost unnerving keening noise caused by the wind working around and through the railings on the viaduct.

The final checkpoint and road crossing with checks that we all had head torches as it was going to be dark before we finished. On the way out we had wondered who the drop bag with the Gin & Tonic in it belonged to. The answer: Janice. Four and half miles to go and Janice could clearly smell the finish. That gin and tonic was a small injection of rocket fuel. It took us a bit longer than expected to reach her. She had injected some speed and was running again was covering the distance well.  When we caught her she was in celebratory mood and offered us some gin & tonic. She was happy to have some company at this point and we trotted alongside each other.

We reached the village and the street lights without needing our torches. A final spurt and she was on the final lap of the park with Ada shouting out a caution making sure she didn’t sprint off too soon. A whoop, cheers and hugs as she crossed the finish. It was a huge effort and a long day out on her feet winning her the Lanterne Rouge.

Rule #4 value the experience. Sweeping gives a runner a new perspective. I have been that last placed runner and experienced the company of the sweeper and all the emotions that can entail especially if you are a reluctant and frustrated last runner. Having experienced that and appreciated the effort of the sweeper, I had an idea of how the day would be and what I would need to do. I also has an irrational fear of not being fast enough to keep up with the back end of the race. The one thing I underestimated, or did not anticipate was the level of enjoyment and just how relaxed the day would be. I had an absolute blast of a day.

As a slower runner I find that one of the compensations is that you can take the time to enjoy the route and the scenery. The odd stop to admire the view and take photos makes very little difference in terms of finish. This applies even more when sweeping. Both Ada and I spotted things that along the way that we had not spotted on previous outings on the route. You really appreciate the detail and the beauty of the route.

Ada and I relish our time alone on the trails. We are happy in our own company. This led to happy balance of guilt free chat and companionable silence, although I did occasionally wonder of I was being too much of a chatterbox for Ada’s liking, but then I reckoned she would soon tell me to ‘shut it’ if she was fed up with the chat.

Seeing the front runners come flying past was a thing of pleasure. It did not illicit the negative thoughts of inadequacy that it does when you are a participant. It was great to call out a cheery and encouraging well done instead of the usual slightly jealous gritted teeth grimaced grunt of the tail end runner.

Having come down with a cold during the week my plan had been to drop off at Strathyre, but I was having a great day and was well and truly hooked; totally invested in seeing Janice across that finish line no matter how long it took.

Now I was understanding what makes sweeping special.

It was honour and pleasure to be part of Janice’s journey and to learn the ropes from Ada. I would definitely do it again and would recommend that other runners give it a go.