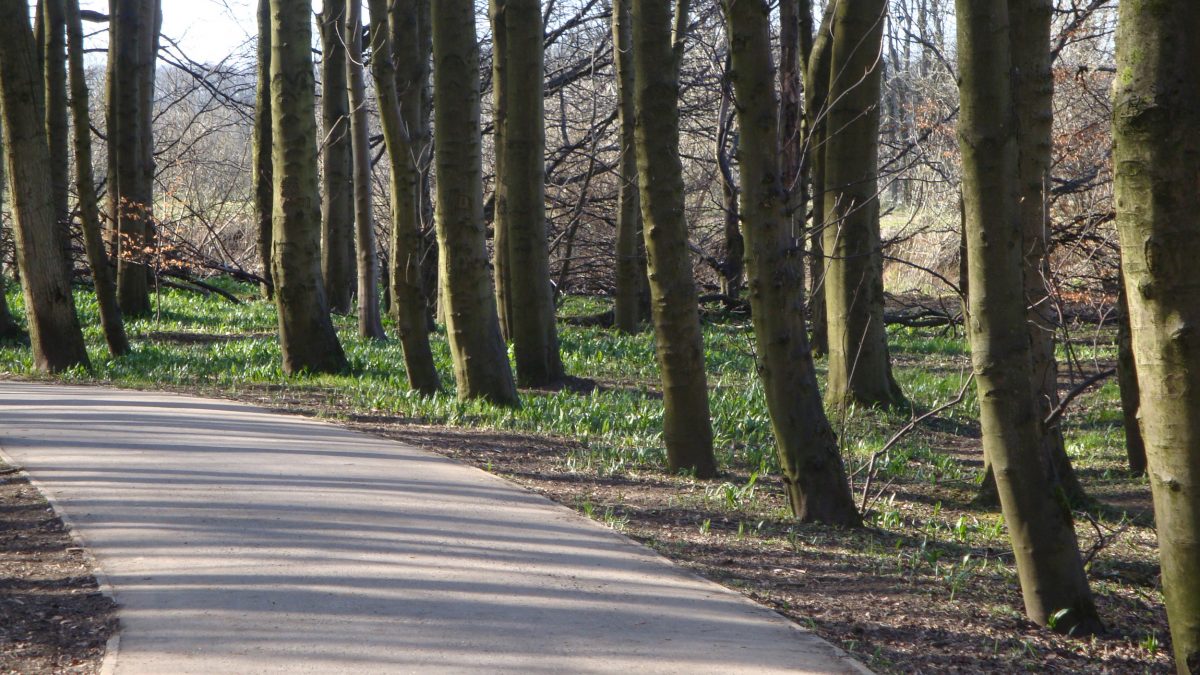 What a delight yesterday’s training run was. Sunny, dry and cold with not a cloud in the sky. I relaxed into it and did not bother about time or pace.

I ran one of my usual routes, starting on tarmac and the local streets before heading into Pollok Park and a combination of trail and tarmac. When out of the shade the sun was warm and so the hat and gloves soon came off and got stuffed inside my jacket. I felt a bit like a flower that seeks the warmth of the sun.

One of the first things that caught my attention was the smell of mown grass. The lawn next to some flats had been given its first cut of the year giving off that familiar warm, earthy green smell that is so familiar and reminds you of summer. As I continued on my way I started to pick up the smell of warm tarmac as the sun began to lift the temperature a few degrees. My ears were is for a treat too with a particularly good set of tracks coming up on my random play setting. It was as if the player was also picking up on the fine spring day, treating me to some chilled and classic tracks. As I turned and headed north back towards Pollok I caught a splendid view of the sun ans snow on the Campsie hills.

As I turned into Pollok Park I was reminded of how lucky we are in Glasgow with the sheer number of parks and green places that we can run in, which the Southside Six event celebrates with its route through six of Glasgow’s southside parks. I have almost instant access to trails. I headed in along a back trail that skirts the southern edge of the park and pops you out at the stone bridge in front of Pollok house. The trail was hard with frost but all around I could see signs of spring in hunts of green shoots and leaves.

As I can across the bridge another smell hit my senses: a hot, singed slightly unpleasant smell and yet familiar. Then it came to me: the farrier must be at the stables. I diverted to the right and headed into the courtyard. Two of the working horses were being re-shod. So, a short stop to watch and marvel at the skill of the blacksmith forming the shoe, and the patience of the horse as the farrier fitted it.

Back to my run and following a path along the river cart. Passing the ducks huddled on the banks, other runners, the odd cyclist, and walkers out with dogs that raced and lolloped enjoying the sun their games. As I passed through the trees I spotted a carpet of green shoots and caught familiar scent of the wild garlic. Definitely spring!

Up a final rise and I turned to head back for home, keeping with the river path, past the highland cows, and the willow tress that are now covered in the soft, fluffy ‘pussy willow’ buds, and the bright green buds on the hawthorns and dog roses.

A delight of a run: 8.6 miles of gentle running with plenty to catch my attention and a good blast of vitamin D thrown in.