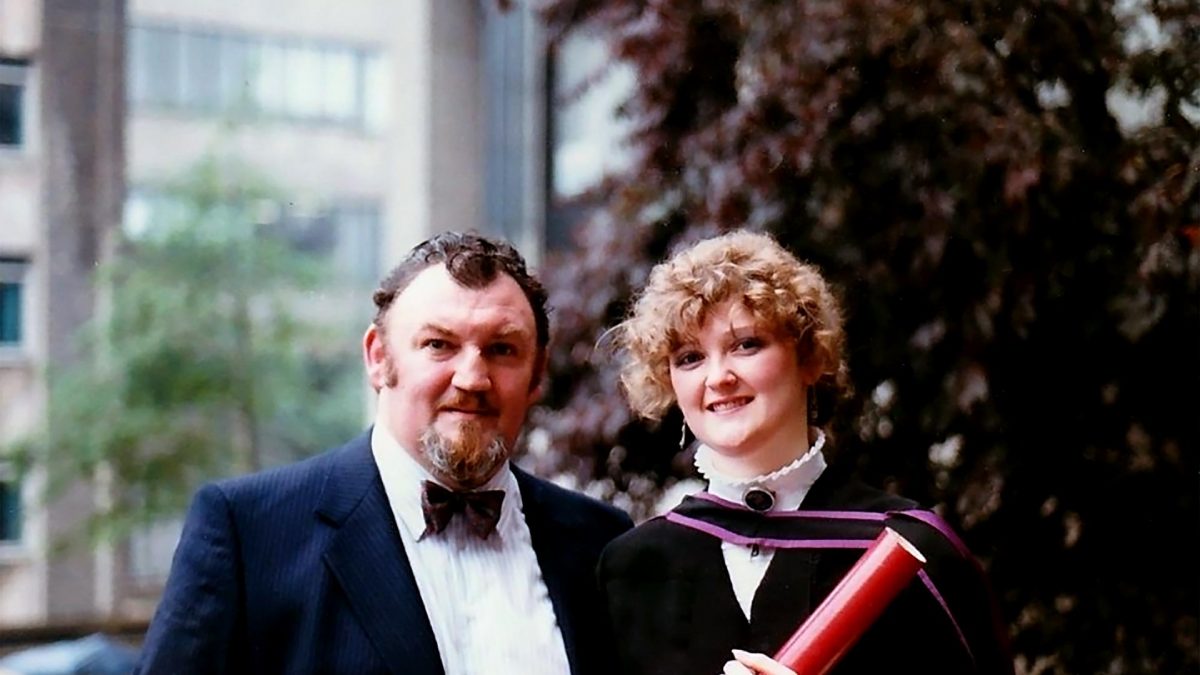 My father has been in my thoughts recently, more so than normal. He died a good many years ago now at the age of 59. A life too short for a larger than life man who had such gusto for life. I am not sure why he is so much in my thoughts. Several things may have prompted it.

The realisation that Alasdair (my husband) is currently 58, and that we are fit and healthy enough to be able to have shared adventures such as out trip to Chile in 2014 and our forthcoming trip to Namibia and Mongolia, when I will set foot on my last continent. How he would have celebrated that. Shared adventures that my father would have so loved. The realisation too, that my mother was deprived of the opportunity to share experiences with her husband in later life free of children.

Watching Planet Earth II also made me think of my father. How he loved nature and nature programmes. He delighted in them and had he been around for the advent of digital TV and found the Discovery Channel he would have been like a pig in clover. As I sat watching Planet Earth I kept thinking how much he would have enjoyed it. And how excited he would have been by my trips to Antarctica, Chile, The North Pole and Istria; not to mention my trails around the highlands. And he would have loved hearing about the landscapes, flora and fauna and seeing the photos. It is down to my father that I am able to identify plants, birds and animals adding a dimension to my time on the trails. He would also have relished hearing about the cultural experiences: the people the traditions the way of life and as a chef he was especially interested in the foods and wines.

For me there is always a tinge of unspoken sadness around not being able to share these experiences with him, and I am sure that it must be the same for mum.

Although I had started to run before Dad died it was those tentative early years of the odd 10k. By the time I did my first marathon he was gone. He enjoyed watching sport, and although his work demanded a certain level of fitness and stamina he was not a lean sporty type other than a bit of golf and fishing. He was an archetypal chef, morbidly obese (weighing in at 20 stone) which led to high blood pressure then to cardio myopathy (heart failure) and latterly diabetes too. So, not an example of a healthy life style. He lived for cooking, it was his life, his raison d’etre and there was no compromise. He put quality of life over health. But he appreciated sporting ability and prowess; not that I am claiming any sort of prowess, but he would have understood and appreciated what it takes run marathons and ultra-marathons especially in extreme conditions. Perhaps my fitness is in part a response to his condition and untimely death.

He was also a very ambitious, driven and focused man. Back in 1963 when I was born he was a head chef and only 21, which was quite an achievement back then. I assume that this is where much of my own focus and determination comes from. Dad would have connected with my desire and need to do these challenges, understood why I am driven to keep challenging myself and also understood the great sense of achievement that comes from doing them.

Like many father-daughter relationships ours was close. That special bond that seems to exist. I see it with Alasdair and our girls too. We could confide in each other when perhaps it was difficult to confide with others. I am sure we frustrated each other too. I used to get so angry with, as I perceived it, his selfish refusal to change his life style and lose weight. He could be thrawn and hurtful at times: causing upset and uncertainty. I was so irrationally angry when as I put it he ‘typically decided to die’ literally three days after Alasdair had his stem cell transplant.

There is one thing for sure though, Dad would have been my number one supporter. I could see him rocking up at events and being an active part of the support crew. I can definitely see him putting a lot of effort into my nutrition; researching what I needed and figuring out the best and tastiest ways to deliver that and ways of persuading me to eat (like loading bread and toast crusts with butter when I was a child). I can hear that ‘go on girl’ shouted from the side lines and the emotional bear hugs full of pride at the finish line.

He would have loved everything about the Global Odyssey: the challenge, the ambition, the scale. He would be shouting about it from the roof tops and moving heaven and earth to find backers and funders, knocking on every door possible, contacting people organising fund raising activities: doing everything in his power to make it happen. He would be lobbying against age and gender bias, against that 0.4% of commercial uptake that women attract which he would view as scandalous and unfair: he would be fighting for my corner.

Writing this makes me feel almost lazy, even inadequate. There must be more that I could and can do to make this happen. I need to find more time and more ways to get this out and attract the attention and backing that it deserves.

Whilst I am doing the Odyssey to raise funds for Alzheimer and for all those that suffer from dementia and for those that care for them and this is a cause that I am passionate about. However, in my heart I will be doing it for my father and it will be dedicated to him.

Sometimes when I run I get a sense of something, almost as if there is someone to right and just behind me. Often I will glance back expecting to see another runner, and at times I wonder if it is some form of expression of my father, running with me, supporting me, protecting me and urging me on.