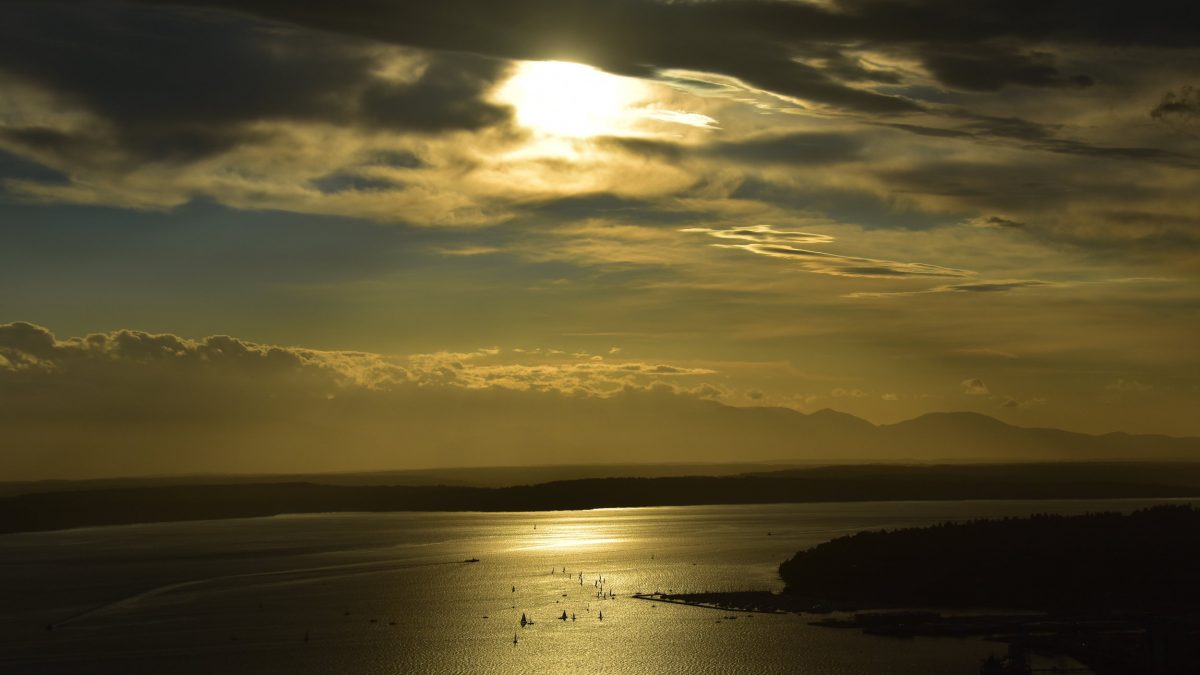 It has been a while since I wrote. There should have been an entry for the Global Odyssey trip to North America and for the Ben Vorlich Ultra. Why the silence? Well, life has thrown a massive curve ball that has totally knocked the wind out of my sails and all my motivation with it.

I am in pain. It is raw and visceral leaving me feeling empty and vulnerable, traumatised. My mum died.  My caring, talented, independent, determined and at times difficult and tactless (we had our moments) mum has gone; wiped out by cancer that struck swiftly and aggressively, depriving her of life in a matter of weeks.

“You care so much you feel as though you will bleed to death with the pain of it.”

I am sad, I cry randomly, I despair. I am having flashbacks to the last two weeks. The confused conversations, reminding her almost daily that she was not going to get better, the tears as she remembered. In the end I gave up, re-assuring her that treatment would start when she got stronger. A betrayal of that mother daughter trust. To watching her struggle to handle cutlery and cups and eventually having to feed her. And always the question, did I do right by her?

There is, of course, that sense of guilt and questioning. I should have spent more time with her (little knowing that she would buck the family trend to longevity). Could things have been picked up sooner, and would it have made a difference? Probably not; it was a secondary and it was not there at the start of May.

It would not be an over statement to say that my mum hated my running and we never really got to the bottom of that. There was the classic moment when she said,;

‘I don’t expect much; it is not as if you are a proper runner’:

I did say she could lack tact. Conversely, I have found out after her death just how proud she was of my achievements. So many people saying;

‘You are the runner, she spoke about you all the time’.

And then there was the pile of newspaper cuttings that I have found in her desk.

It is ironic that in death she has achieved her wish: I am not running. I have no energy or desire to, even though I know it will be good for me. And, god knows, I need to run to work off all the ice cream that I have consumed.

Running has always been my solace. It is my ‘happy place’ even when it hurts, frustrates, defeats. It is the time when I clear my head and process. It is ‘me’ time that enables me to decompress and de-stress.

Running (and the occasional crazy decorating project) helped me through some tough times especially the twelve months (17 years ago) when Alasdair came out of remission, my dad died, mum was treated for cancer (not the one that killed her), the death of both maternal grandparents, and just to round it off redundancy.

Over the years it has served me well.  I have pounded hard and furious slamming anger and frustration into the ground: thrashed out lung bursting sprint and hill intervals swapping physical pain for its mental and emotional counterpart. Then there have been the longer calmer, easier reflective, processing, solving runs. A session to suit all needs.

When Dad died there was a lot of anger and I am not sure I ever really had the opportunity to grieve; pointless competitive approach to my running were grief.

This time it is different somehow. My default has been to keep busy, do practical things; and there is so much to be done. This is being used as an avoidance tactic, an excuse not to run: I must do this, I must do that, it must be done now and not a run. There are bouts of inertia and indecision too.

“No one ever told me that grief felt so like fear.”

So, on to that ill-fated trip to North America. I think that I will always regret the decision to go ahead just days after her admission to hospital. A decision taken after talking with doctors and not knowing at that point just how ill she was and based on an assumption that we would be coming back to a treatment regime and time when we would not be able to travel.

The River Valley Summer Revenge, a 100k trail run around a 50k loop in the river valley that runs through Edmonton which was supposed to be my North American Global Odyssey. There is not much to say other than epic fail and that as an event it does not deserve copy space. I got timed out after taking eleven hours to complete the first loop which needed to be completed in nine. A glacial pace even by my standards, and herein lies my problem. The route was only about 10% runnable. Most of it was somewhere between an obstacle course and a tough mudder. There were sections that were quite simply dangerous. It was inadequately marked, and we were told to expect to get lost, me to the tune of a couple of kilometres, others it was thirty-four kilometres, yes thirty-four! It’s not that I shy away from a technical challenge, but this was just crazy.

I must take responsibility too. There was too much going on in my head with the worsening news from home, and I suspect that in my heart I felt that I should not be there and should not be doing what mum hated so much. As I reflect there is a sense of futility. What a waste thrashing around at a terrible event and to have nothing to show for other than mosquito bites.

Lesson learned though; there is reason when previous results show a lot of DNFs, not all races are as they seem and not all race directors are made equal. We are so lucky here in Scotland with the quality of our race directors.

We decided to go to Jasper in the Rockies for some R&R and wound licking. Two fabulous days of mountains, waterfalls, rainbows, elk, and bears! So many trails. I will return, and I will run my North American Global Odyssey 100k in Jasper. Something positive has come out of this.

We did think about cutting the trip short and not go to Seattle, but there were no flights. On to Seattle then and my second objective, my North American marathon. Chalk and cheese just about sums it up. A well organised trail marathon on Taylor Mountain. It was a well-marked route with a good blend of technical paths and runnable trails and a hefty amount of climbing through Tolkienesque forest. I nearly didn’t make the start line after our Uber cancelled. We had to firstly, find and then trust a yellow cab to get us there and not charge a fortune. I was determined I was not going to have two failures. I owed it to Mum. I could not go home having failed both races.  It was a totally different experience I loved it, ran strong and finished. It felt good. Bargain of the day: a $1 bus back into Seattle in a lovely clean comfortable bus which countered the large (but not totally outrageous) taxi fare.

We loved Seattle and what a great cosmopolitan city for Alasdair’s first trip to the US. We ate some superb food in lovely restaurants and stalls in Pike Place market. Pleasantly surprised that we were not faced with expected gargantuan portions. We covered a lot in our 4 days: a couple of micro-brewery visits, watching the sunset from the Sky View Observatory, the gas works park and the art gallery, an enormous book store in the Capitol Hill area where we were staying.

Three weeks after our return mum passed away. During that time I did not run. There was not the time and I did not have the inclination to make the time. Even thinking about running filled me with guilt and shame. This brings me to the Ben Vorlich Ultra just four days after she passed. Do I or don’t I run? I sought counsel and the overriding advice was that I should at least start, and then just see how the day went. I would be with my second family. So I ran. It was a strange experience. As with any race it was a day of highs and lows. I was mentally and physically exhausted and so less able to cope with the usual dips that you have to push through. At first I felt release and it felt restorative but as I tired I became emotional and weepy: I started to grieve.  I am glad that I ran and it was what I needed.

The route was lovely circumnavigating Loch Earn with the option of vertical kilometre up Ben Vorlich which I opted not to do. The race HQ was at Cultybraggan camp with good parking, toilet and shower facilities. Plenty of friendly encouraging marshals along the way and little scope for going of route. For me, just a little too much tarmac making it hard on the feet and hips. There was one unusual aspect to it. The start was staggered with runners choosing when to start, any time after 7 am with the condition that you have to be finished by 9 pm. An interesting concept. A good event that will hopefully get a second edition.

I have not run since. My heart is not in it and I have been overcome by inertia and a lack of motivation. This needs to be overcome. Mum, for all that she hated my running, would be the first to say that I need to get out and run because she did recognise the need. So, I have started to think about the next Global Odyssey run and tomorrow I will go to the Thieves Road Ultra and see what will be. Maybe, just maybe, it will drag me out of this despair.

“The pain passes, but the beauty remains”

True of many a race. The pain and negativity that is felt on the day, passes and leaves in its wake a glow of achievement, the beauty of accomplishment. And so with grief. The pain will pass and I will be left with beautiful memories and the beauty of her creativity and art.

This entry is unashamedly and unapologetically personal and perhaps will be seen as an indulgence but I needed to write it.

“Give sorrow words; the grief that does not speak knits up the o-er wrought heart and bids it break.”