Running in the dark 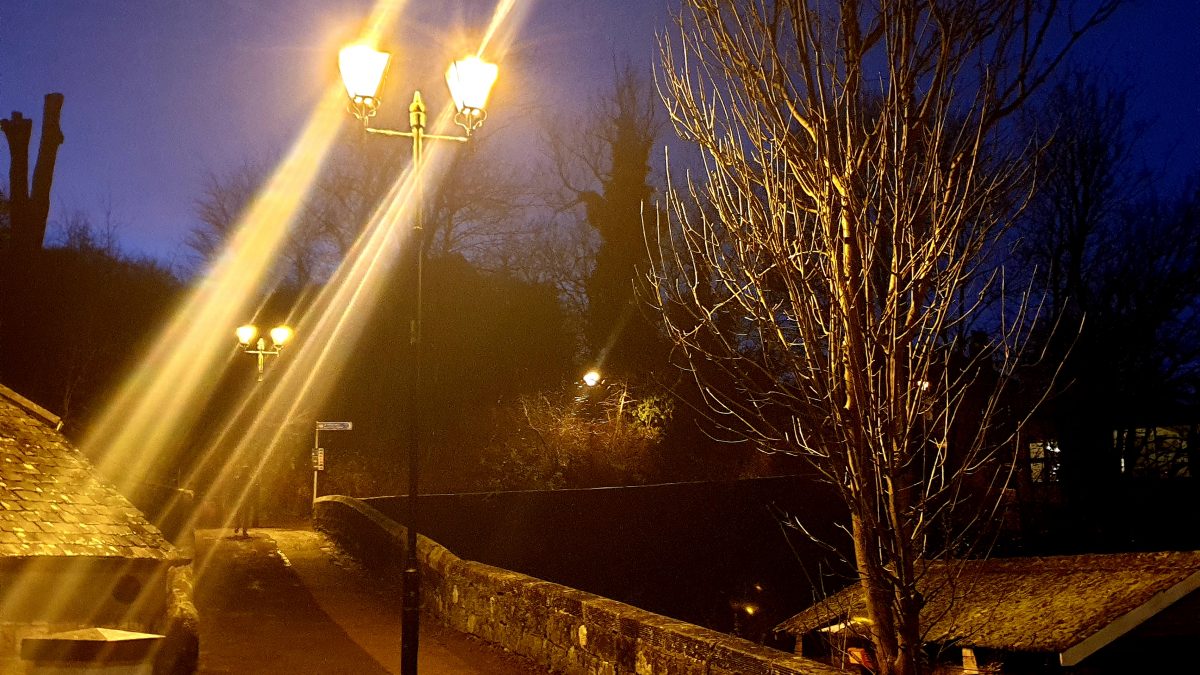 Song title, perhaps; oh, no that is dancing. Although, I have to say that I did feel a bit like dancing during my run in the dark last night, and tonight it came up on my MP3 player.

Having had to work late in the office last night, I opted to head down to the promenade here in Aberdeen for my much needed run.  It was 7.30 pm and had been dark since 5 pm. It had been a ‘stressy’ day and I needed a good run. So, I left my friend at the gym and headed off along the prom towards Bridge of Don. I dropped down from the pavement to the lower prom path. It was quiet and chilly with a light breeze.  There were quite a few boats out at sea with their lights twinkling and a couple of helicopters circling around. The sky was clear and I see the stars managing to make out the few constellations that I know.

I clipped along at a reasonable pace passing a handful of other runners. It was not too far along when the street lamps stopped and the path darkened. I swithered: I had no head torch, so should I continue on along to the end of the path at the Don or about turn? I knew the path to be smooth and could easily make out the white railing which could act as a guide. I continued on. My eyes quickly adjusted and I was able to quite easily identify where I was going. As I continued on my way I kept glancing down at the beach. It had been a good few weeks since I had run on the sand. It was calling out to me. I could easily make out the tide line. The tide was high but going out and I could see the firm damp sand, but I still hesitated.  It was still an uneven surface and I could lose my footing or go over on my ankle.

When I reached the end of the path I turned to head back and after a couple of hundred metres decided to throw caution to the wind and headed down the next set of steps onto the sand. What had I been nervous of? Just as with the path I found that I could easily identify things and avoid obstacles, take care over the pebbles and avoid the waves. I immediately relaxed into it. The beach was deserted and lovely and the sound of the waves lulled me further.  The seagulls looked quite ghostly, white against the inky blue-black sky, quite beautiful.

As I got back towards the building and the street lamps there was more ambient light and I actually found it vaguely annoying, preferring the dark section I had just run along. Closer to the harbour end the water was too high and I had to come back up onto the path, which was well lit, but then got darker again. At the end I turned and headed back. The lights in the distance were actually making it harder for to see, and then several cyclists came past their lights momentarily blinding me.  I moved back down onto the sand and less light and carried on back towards the Bridge of Don end and then back to meet my friend.

There is always ambient light in cities, and also areas where the horizon is low and there is water providing a reflective surface. It was not truly dark, not like the true blackness in a rural area. As a city dweller used to pounding the streets on winter evenings it was lovely to get a taste of running without street lights and without a head torch. I felt free and at ease, unfettered, trusting my eyes and feet to find the right path, which they did, with only a minor mishap resulting in a shoe full of sea water. I mistook a dark path for pebbles when in fact it was water. Running in the dark is something you have to do in the winter months, but in terms of trails and events, it is something I have shied away from. I don’t know why: probably a slight nervousness of the unknown. I enjoy enjoyed running free and it has boosted my confidence and opened up a new world of winter night time options and events.

Tonight, I had no reservations about heading out and abandoning the street lit pavements for Duthie Park, where I completed a few loops and some speed intervals. Again there was a lot of ambient light, not true darkness, but dark enough to add that uncertainty and to force me into trusting my instincts.

Obviously, night time running is not going to be an issue in the Antarctic summer with its 24hr daylight. That will be a whole other mind game and experience when added to jet lag and the disorientation caused by exhaustion.

A head torch is on order though, as I know it will be needed for night time trail running, and the world of opportunity that has opened up for me. Not that I am thinking to the future at all.