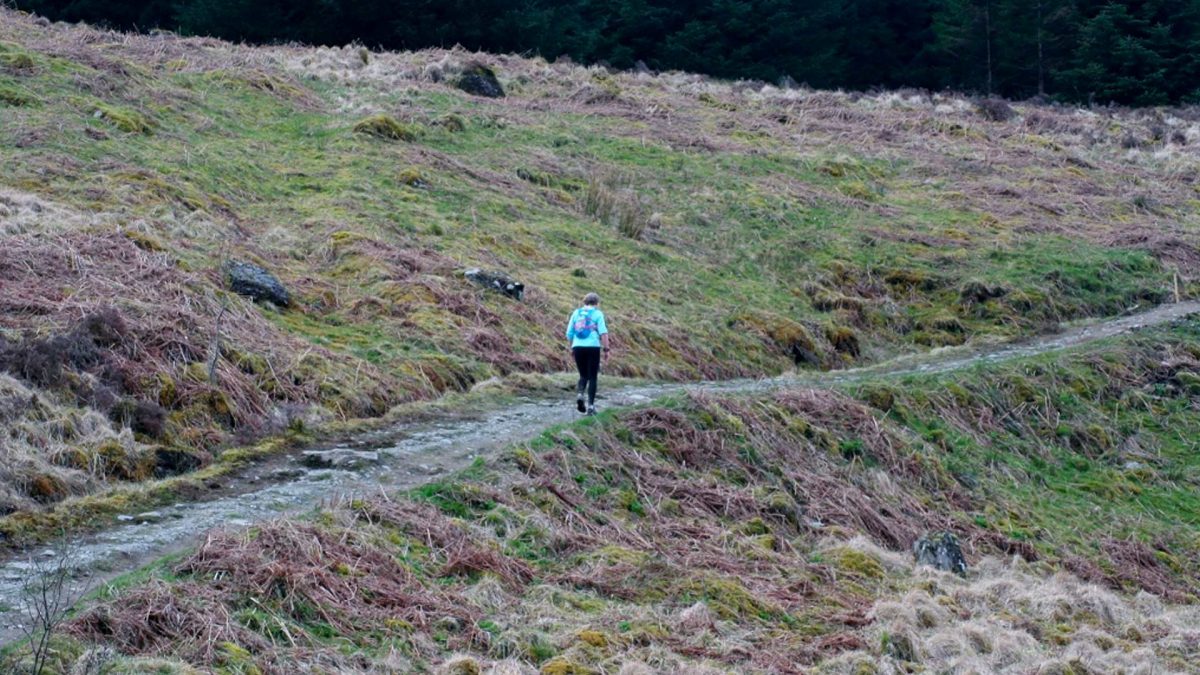 I have always been a solo runner, and have for some reason been pondering over the fact recently. I am often asked who I run with or what club I am with. The answer is always; ‘I run on my own, solo, and I am not a member of a club’. It is not that I am anti-social, far from it: I have gained many friends and a whole new family through my running, but when it comes to training and running with others I have a certain nervousness.

Where do I start with this one?

When I first started to run it was a confidence issue. I was a regular gym user but not a runner and I did not practice any sport out of doors other than recreation hill walking and a bit of cycling. Running was either not so popular or not so visible back then. Unlike today the streets and parks were not awash with runners of all shapes, sizes and abilities. When you did spot runners they were lean mean running machines. I was not a lean mean running machine, so I would creep out and try to blend in and disappear.

I was always deterred from running with others because I worried that I would be too slow, not able to keep up, tire too easily and too soon, and just be a source of irritation. Besides, at that point I did not know anyone else who ran, and thanks to my anxieties lacked to confidence to network with others.

It was those same anxieties, coupled with my overwhelming discomfort with organised sport that prevented me from joining a club. I had hated sport at school because the emphasis on organised, mandatory team sport and the need for a competitive edge. It did nothing for an overweight teenager who lacked co-ordination and was just not good a hockey and lacrosse. To this day I remember those stereotypical moments when teams were being selected and I was last to be picked, or there was a groan from my team mates as I was placed in their team.

If only the staff had spotted that I was happy when trundling along the East and West sands, or round the track and games fields. The latter of which was generally a punishment for unspecified crimes against sport and the sports staff, but which was a punishment I actively sought, when not attempting avoiding sport altogether .

It was this experience that was responsible for my ill-founded and mistaken view that Athletics and Running clubs would be too reminiscent of my school experience: too competitive and not interested is a slow recreational runner and should be avoided.

And so the routine was set: I ran on my own.  As my training and distances increased music became my running companion. I am an unashamed user of music. It relaxes me and helps me keep going, and at times has dug me out some deep dark places when all I have wanted to do was give up. But, I digress.

For me, there are benefits gained from running solo. As an ultra-runner I spend a considerable amount of time on my own during events. If the field is small it spreads out, and even in a bigger field I am generally towards the back where things are spread. I have become comfortable with my own company and so am not at all unnerved running on my own in new locations and unknown terrain.

Another really important benefit for me is the ‘me time’; that time when I am Audrey: not a mum, not a wife, not a daughter, not practicing my profession. What I do with that ‘me time’ varies.

Some days it acts as a stress buster, clearing my head and relaxing my body from the frustrations and irritations of the day and the workplace, pounding out my stress and anger. There have been times when it has been my saviour.  Such as when Alasdair was going through his 2nd chemo and bone marrow transplant after he came out of remission, and my father died within days of Alasdair’s transplant. Then barely six months later my mother was going through chemo too. The running was my solace.

Other days I go into a sort of Zen state and just trundle along with an empty mind, barely aware of the music and barely noticing the miles passing. Then there are times when I plan, solve problems, right the wrongs of the world, or ponder the mysteries of life. On the odd occasion I tune into my body becoming aware of the mechanics and make a mental note of how everything is functioning and feeling.

Finally, I can enjoy my surroundings at my own pace, take the time to slow down, walk or stop to drink in the beauty around me; enjoy the moments of solitude, peace and quiet in contrast to my busy and often frenetic life. It is at these times however, that I sometimes miss having a companion to share the beauty with. Times when I am brought to a halt with an audible ‘wow’, and find myself speaking aloud, that I realise that it is sometimes good to have company to share the experience.

I am now a more experienced and confident runner and I often buddy up and run alongside friends in events. I know that we will adjust our pace depending on how each other is feeling and what we want; considerate of the other’s needs; that we can chat amiably or simply run in companionable silence; that we may agree to stay together or go our separate ways depending on our objectives or pace.

Also, I am aware of the benefits of training with others in terms of improvements in performance, pace and motivation. The companionship and encouragement can help you push harder and push through when things get tough.

What have I concluded?

I think I will always want and enjoy solo time, indeed, even need solo time. Plus I need to be able to motivate myself and keep myself going when things get tough: I need to be self sufficient.  But I also think that there should be a balance, and that it would be good for me to run with company more often and reap the rewards of the shared experience out with events. I will now start to invite others to join me on training runs more often, and I will accept more invites to join my friends on their runs.