Science, blackcurrants, a broken treadmill and boiler, endless lists and a Harp Odyssey with just a splash of madness. 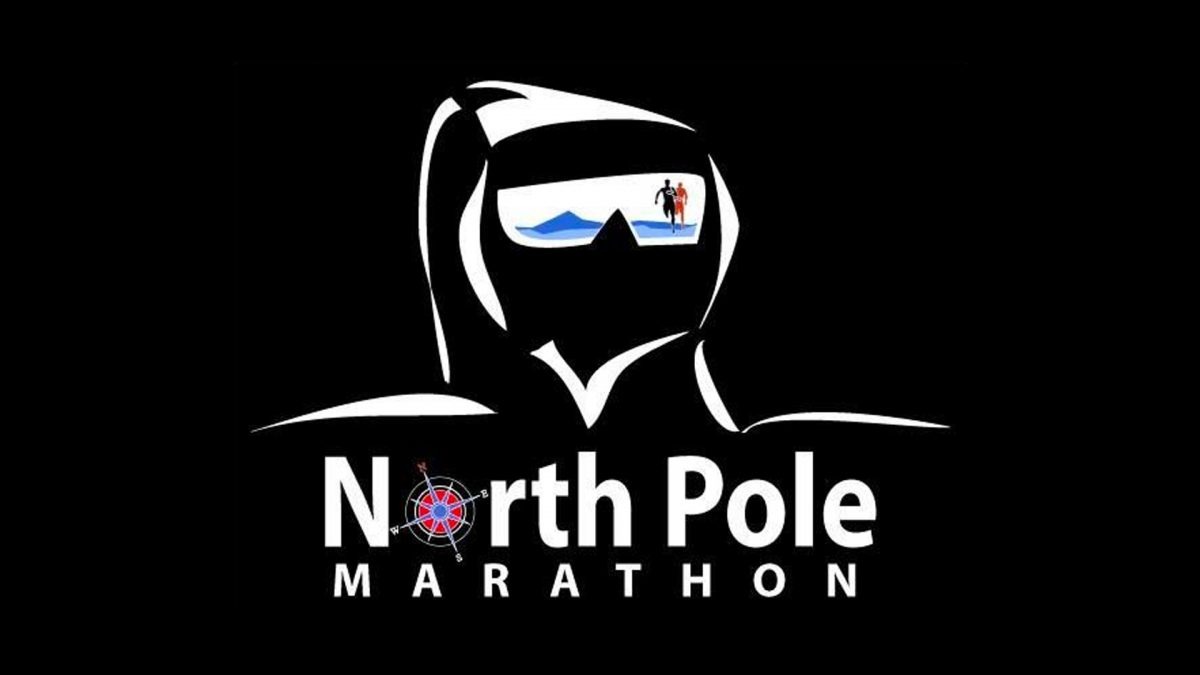 Science, blackcurrants, a broken treadmill and boiler, endless lists and a Harp Odyssey with just a splash of madness.

My journey to the North Pole Marathon.

What do I say; it just made absolute sense, and it came to me in a flash last November, a few hours before leaving for Chile and the Volcano Marathon. It lends a certain symmetry and logic to my Ultra Odyssey.  I have run in the great white silence at the bottom of the earth, I have run in the hot hypoxic desert and volcanoes in the middle, so why not the frozen ice floes on top of the world?

Why not indeed: we don’t get any younger, we can’t bank our fitness and we don’t know what is around the corner and what curve balls life might throw at us.

In about 48 hours time I will be heading to Edinburgh airport to board a flight to Oslo and then on to Longyearbyan (Svalbard) on the island of Spitsbergen where 45 runners from 22 countries will gather before being flown out to a temporary camp, Barneo, set up by Russian paratroopers on the polar ice floes.

The camp will be basic, far more so than the Union Glacier Camp. The temperatures could be colder, as low as -40, and will certainly feel colder due to the moisture in the air unlike in the Antarctic which is a desert.  This means that we will ice up more than in Antarctica. The terrain will be tougher: it is frozen sea water; a moveable mass betwee6 and 12 feet thick floating on 12,000 feet of ocean. It moves and cracks, groans, and gives the runner a far more technical terrain to run on in the already energy sapping cold.

It took 15 months of planning and training to prepare for the Antarctic races, and I gave myself 4 months for this.  Sounds mad and as my chimp bounces around I do wonder if I am going out under prepared, but I am coming to this from a very different place. I am not returning from injury and my base fitness is almost exponentially higher, and I have a lot more ultra and endurance experience under my belt. But I have not had a smooth journey to this point with an interrupted training schedule and a few missed sessions due to minor niggles, flu and latterly the return of an old lower back issue which stopped my taper in its tracks.

This is where the science provides some re-assurance. It does not stop the nervous energy and doubt, but it provides my logical brain with the ammunition to temper the nerves a bit. Last year I started to work with Nairn Scobie at Glasgow University Life Sciences Department. This gave me a chance to get into the environment chamber albeit short lived. We managed to kill 2 thermometers, a heart rate monitor and the treadmill, which decided that it was not playing at -17. We have done a couple of VO2 max test and lactate threshold tests. These all indicate that I am fit and ready. The results of these (previously blogged) have, frankly, blown me away. Nairn’s parting shot on Monday was, ‘You can afford to push it a bit’ and your target is achievable. Now, ever risk averse, yes honestly, I am not sure that the North Pole is the environment to push it a bit.

In addition to this I am working with Health Currancy and using their New Zealand blackcurrant supplement CurraNZ. I could write an entire blog entry on this subject alone and will, but sufficient to say at this stage that this should help me with my endurance and recovery; aiding blood flow, oxygen take up and cognitive ability. Recovery will be vital as I will be running the Hoka Highland Fling less than 2 weeks after the North Pole.

Check the chimp: still chattering. Well, that is not too bad. The trick with the chimp is to let it run around occasionally, listen to it and then persuade it to get back in the cage and be quiet.  Nerves can be good. It is a form of energy that can be used to your advantage. It stops you being complacent or over confident. It can be used to create focus and provide a form of energy.  I calm myself and the chimp by letting my OCD run rampant and the comfort that is the list. There are numerous  lists and post-its that are positioned around the house to ensure and re-assure that I have everything covered. Kit lists, to-do lists and don’t forget notes: belt and braces. Not failsafe though, as the women who forgot her drop bags in Chile knows all too well. I am still asking myself how I managed that one.  I am sure I will have forgotten something and will just have to roll with that.

Four months is not a long time to find the funds that such an event requires. Having spectacularly failed (again) to find backers/sponsors I have had to take quite a creative approach to finding the funds, and only just made it at the last gasp. I have blown all our spare cash and then some, which is not good when your boiler decided to give up the ghost and shuffle off its heat providing coil. We shivered for several weeks before deciding that we would actually have to replace it. Good acclimatisation you say; for me maybe, but the long suffering Alasdair was not so appreciative.

Why decide to do the event this year, why not wait until next year or the year after? Well, we are back to that you’re not getting any younger and you can’t bank fitness. Also, on April 12th 2016 we celebrate our Silver wedding anniversary, perhaps not the year to be missing an anniversary. How on earth have we made it to 25 years? There was a point when Alasdair was going through treatment that I thought it might never happen. It also amazes me that Alasdair has put up with me this long.

Back to the money: my talented and lovely friend Katherine Harrison came to the rescue and told me she would organise a harp concert to raise funds for my Ultra Odyssey; such a generous and kind thing to do, which is still making me feel emotional. Last Sunday we had a lovely afternoon in Killearn Village Hall enjoying Katherine’s Harp Odyssey. I give a big heartfelt thank-you to Katherine and guest flautist Graham and to all who attended the concert. Taking the time to slow down, relax and reflect has helped a great deal in my final week.

There was a sigh of relief and satisfaction as I paid the final instalment of the race entry fee. The race director has been very patient and he now won’t need to feed me to the polar bears or sell me off to the Russians.  This is perhaps the point to say that all my charity fundraising events are self-funded/sponsored and that the charity does not contribute anything to the costs. It is a point of principle with me that charities should not do this, just as I need to know that all the money that I raise for them goes directly into projects.

So, here I am, full circle. There is a familiar pile of cold weather kit in Briony’s bedroom that will be packed today. There is an impressive list of competitors on the web site that frankly gives me the he-be-gee-bees, but who I am looking forward to meeting and having the experience of a lifetime with. There is also the opportunity to meet up with old friends again as there a few members of the Antarctic class of 2013 entered. My aim: run my own race and try to achieve my own personal target, to acquit myself well and do the Scottish endurance running family proud; to enjoy and to make new friends: to live life.

I am often referred to as a bear by Alasdair and the girls, ‘a bear of little brain’, so it seems appropriate to sign off with this: Jeg er en isbjørn