The changing of the seasons 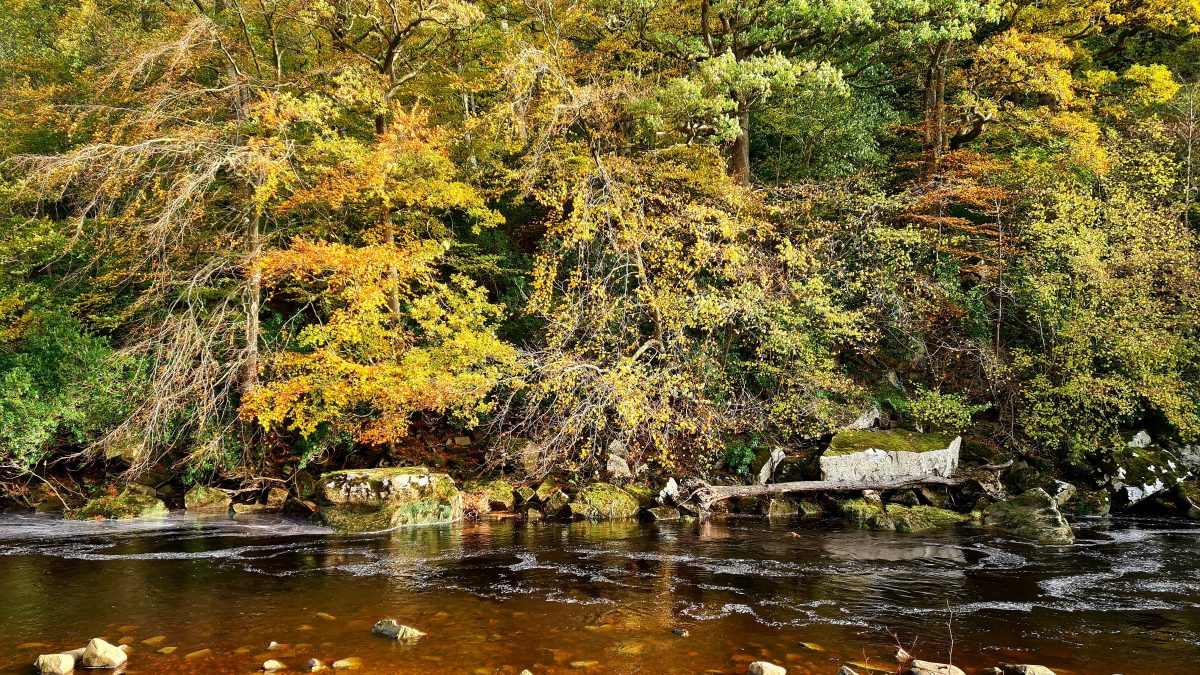 Saturday was a beautiful autumn day. There was no denying it, summer is passing and we are transitioning into autumn. The dashboard display told me it was 4 degrees on my early morning trip to the supermarket and there was a definite chill in the air, not to mention the half light. Later when getting ready to go out for my run I swithered over the shorts versus tights and vest versus t-shirt decision. It was sunny and I knew the short and vest days were numbered: decision made. This was something of a recovery run, just a week after a marathon, and so I opted for one of my old familiar routes that I could lengthen or shorten depending on how I felt. The first 3 and bit miles are easy road running looping up through Muirend and Giffnock and down to my favourite park – Pollok. This is where the sense of autumn really kicked in; the sharp scent of pine as I ran past the pine trees, the mass of ripe brambles along the back pathway to the house, snow berries, acorns, the rich earthy smell through the woods where before it had been the sharp green aroma of wild garlic.

I felt good, my body had recovered and wanted to run; it felt strong. Not needing to devote much thought or concentration to my running, I began to reflect over the last year, and what each season had brought.

This time last year I had taken the fairly mad and momentous decision to enter the Antarctic Ice Marathon. At that point it was the marathon singular and regular (as in 26.2m only), because it would be ‘crazy to consider the 100km ultra’. However, as many people who know me will attest, I have a tendency to ‘madness’ and to stepping up to the challenge, and it soon became the Ice Marathon and the 100km Ultra Marathon. (Rather like after doing a half marathon they said, ‘you will do a marathon’, ‘No I won’t; only lunatics do that’; and then several marathons later, ‘are you thinking about an ultra?’, ‘no, I am a road runner, I couldn’t do that. It’s off road and too far’).

Last autumn, I was tentatively, starting to increase my distance and mileage after two consecutive DNFs (an ultra and a marathon). I was tweaking my diet and had started a 2:5 fasting regime. The low magnesium levels that had had such an adverse and, frankly devastating effect on my running were returning to normal as were my energy levels and sleep pattern. The aim was the Glen Ogle 33 at the beginning of November. A holiday in the Lake District revitalised my love of running and my motivation.  As autumn past, and I moved from shorts to ¾ tights,  I kept with a steady increase in training and began to mobilise the organisational behemoth that has become the Antarctic Odyssey.

As the clocks turned back and we moved into winter: long tights and long sleeved tops.  I completed Glen Ogle 33 comfortably in a slow but steady effort, running with a good friend Robin whose enthusiasm and chat kept us going. That was the first milestone. I was back on track and back into ultra territory. Plans continued over the winter as did the training. We had a good cold long winter and I was probably the only person in Scotland to be happy about that. I was able to trial the kit that my kit sponsors Helly Hansen were supplying: lots of scope for analysis, and analysis paralysis over what to layer with what.  By February my website and blog were launched.

Into spring and I became a race director organising the Loch Katrine Running Festival to kick start my fundraising for Alzheimer Scotland at the beginning of March. I had always thought that Loch Katrine would be a superb venue for a marathon, and judging the response I was right. I enjoyed being on the other side and wearing the race director’s hat, or rather bib. A bitterly cold day that threw all weathers at us and another chance to trial the kit.

A week later I was in Aberdeen to run the Dee33, and back in ¾ tights, but still in a long sleeve top. Just as the world around me was coming back to life so I felt as I was growing in strength, ability and confidence.  I knocked 20 minutes off my expected time, and finished comfortably, probably too comfortably. Late spring came with the Hoka Highland Fling at the end of April. It was still chilly, so compression tights and long sleeve top. That was a big step up for me, 53 miles on tough terrain. I knew if I could finish this I was well on track.

It was not one of my finest hours it has to be said, but I finished. I showed that I showed that I had the determination to push through and finish the job. I got my fluids and nutrition wrong, and had underestimated how much time I would lose covering the technical sections when fatigued. That was the big milestone. I knew that if I could cover 53 miles on that terrain in April I had a fighting chance of being ready for Antarctica. I would learn the lessons and continue to build.

Summer and finally back into shorts and vest, and a stone lighter. The world around me was green and fresh, leafy avenues and paths, knee high meadow grass flowers, wild garlic, sunny warm days and evenings. I settled into a good pattern of training and cross training. I got a nutritionist to advise and help with my eating plan. There was press release, interviews and articles appearing. I started to run on the beach to help me acclimatise to the type of surface I will run on in November. Firm sand is very similar to the hard snow. July and it was Clyde Stride my DNF from last year. I was in good shape and it was just as well as the conditions were extreme with the temperature hitting 30 degrees at one point. After a bad patch between 24 and 28 miles, I picked up and motored to the finish killing the demons and taking almost 23 minutes of my previous time for the course. In July I confirmed that I would be going ahead with the Antarctic Odyssey and booked the flights to Chile.

Late summer and I was reaching a peak and time to really test myself, and I did, with an 84 mile week including 20.5 on the beach and the 36.5 mile Speyside Way ultra. I completed both faster than expected and recovered faster than anticipated too. The confidence in my fitness and performance that this brought has given me a feeling of empowerment and a mental strength that I had not expected. I slayed more demons in Aberfeldy at the Highland Perthshire Marathon my other DNF from last year and yet again a better time than predicted.

So, there we are a year, four seasons, and I have grown from a nervous fledgling to a full grown ultra runner and earned my ultra running stripes. One more marathon event and one more ultra length training run and then I will be tapering. A year ago I had no idea what the year would bring and I did not even know if I would pull this off. I feel prepared and ready for my Odyssey. There is a healthy level of excitement and nerves, but also, dare I say it, a quiet confidence and strength. 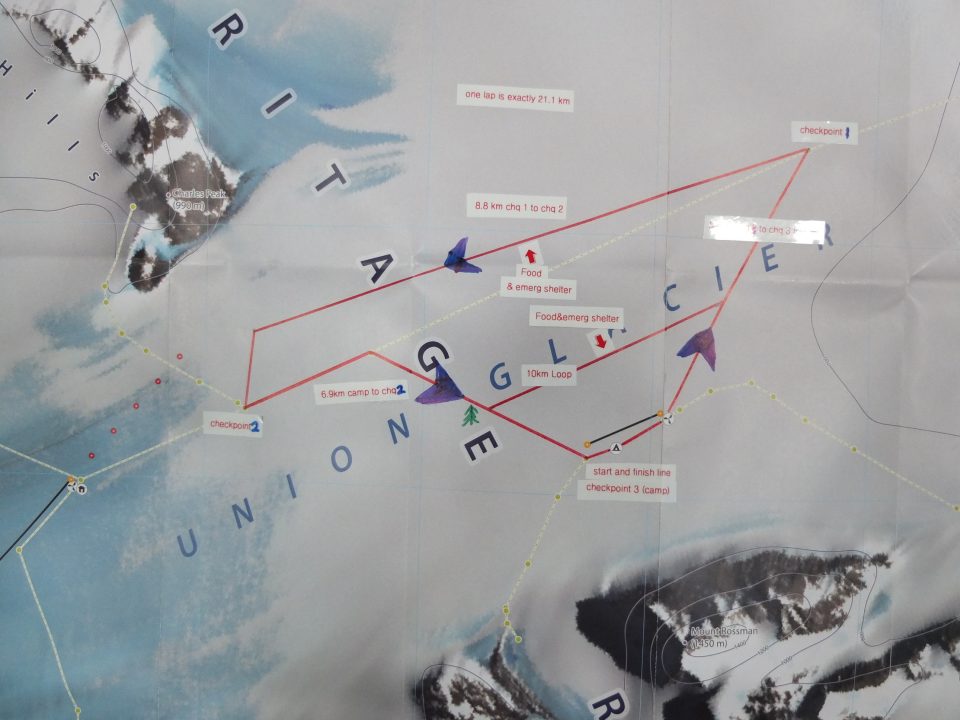 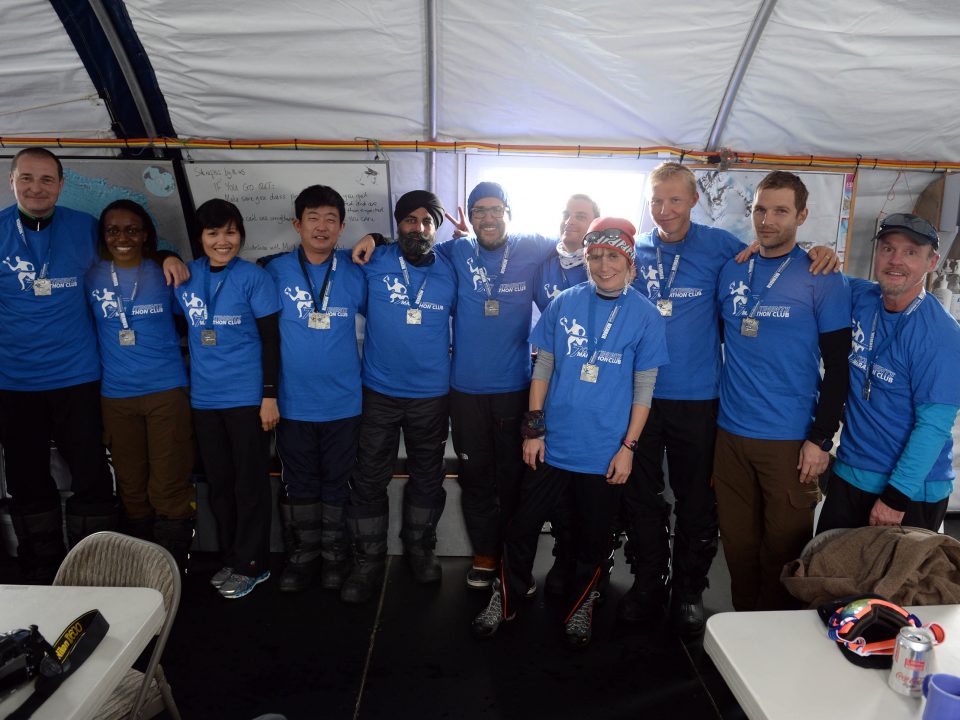 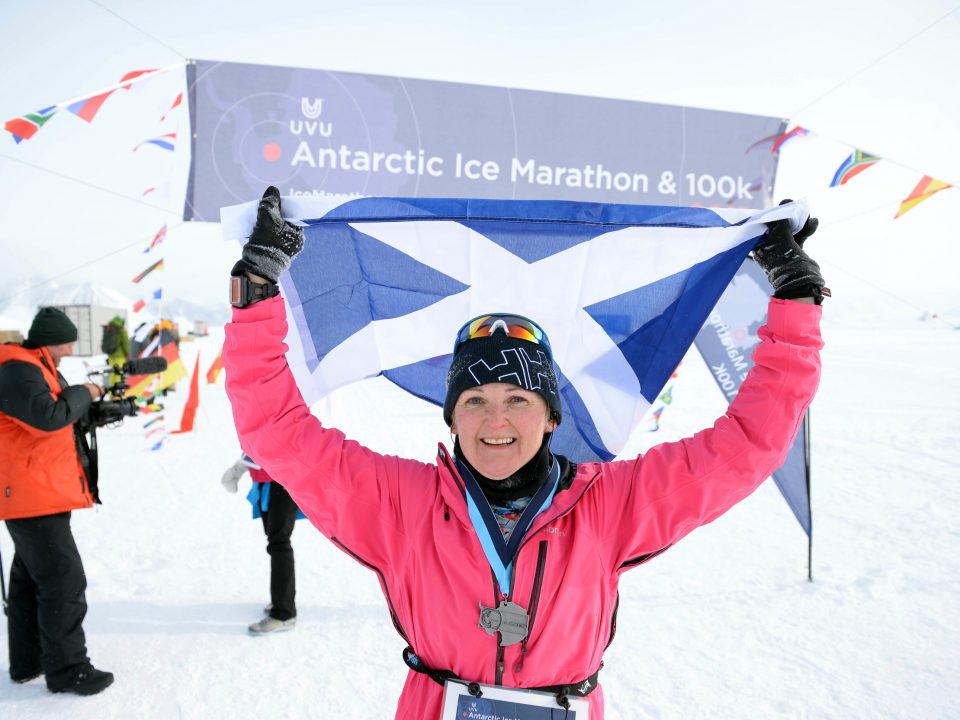