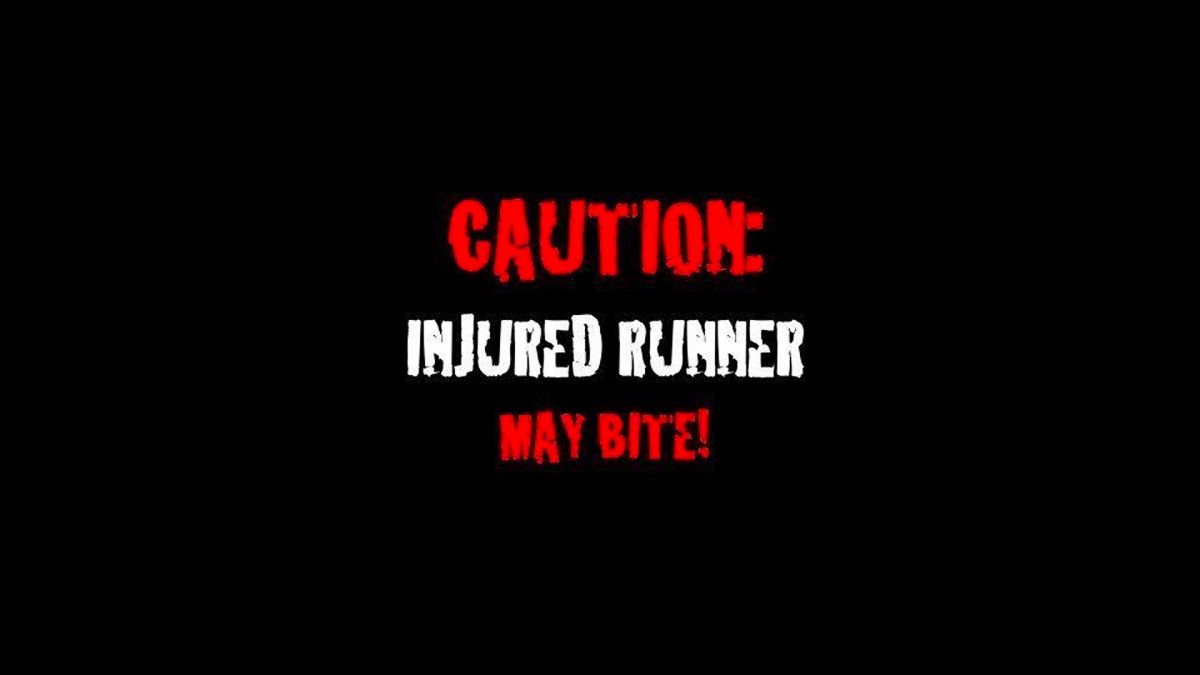 The people that heard the various moans, groans and squeals from one of the shower cubicles at the finish area of this year’s Highland Fling after two people entered it must have wondered what on earth was happening. It was not two happy runners engaged in the throes of passion: in fact the truth could not have been further removed.

Having persuaded Alasdair (against his better judgement) to accompany me into the shower cubicle to help me get into the shower there was a horrible moment.  He gets all the good jobs.  A series of groans as we pulled the clothes from my rapidly stiffening body was followed by a couple of painful squawks and oohs, then two people going:

‘Ergh, oh, yuck, arghh, that is horrible. That really doesn’t look good. That must hurt (Alasdair). Yes, it really, really hurts (me).’

A poor shoe choice and some very clumsy running involving much tripping and toe bashing left me with a pair of very ‘mashed’ sore toes, with a large pocket of blood and fluid under the nails: lovely.  Alasdair was not impressed to say the least.

I showered with more yelps as the water hit my chafing. Alasdair helped me back into some clothes and gently eased some shoes onto my feet before I tottered to the car.

The shoes I had worn were tried and tested, worn with impunity in Antarctica with double socks. As I hobbled about whinging;

‘They were fine in Antarctica. I don’t understand ‘;

Alasdair was quick to point out, somewhat unsympathetically, ‘

Your feet did not swell in Antarctic, and it is hard to stub your toes on snow.’

Losing patience with the pressure of the fluid, I resorted to some DIY Treatment involving a needle under the nail: A tried and tested ‘treatment’ that many runners indulge in. The relief as the fluid drained was blissful, but short lived.  Three days later, instead of pulling on running shoes and heading out for a recovery run, I was still struggling to get shoes on and the pain was back. Cut a long story short I ended up with an infection in the toes: net result a course of antibiotics and a 2nd week of enforced rest; and a GP who  did a good line in withering looks and who thought he should be certifying me rather than writing a prescription.

There have been a few of these unexpected, slightly comedic injury situations, like the time I came off a mountain bike and walloped my shin with the pedal. According to my daughters the Del Boy style pratt fall was hilarious, and the ghouls that they are could not wait to see the huge sausage sized lump that erupted underneath my tights, and which made me want to vomit. That also resulted in two or three weeks rest.

There was the 17 mile power walk over a trail that wiped me out for over a week. Whilst it just about did for my two overweight, unhealthy companions on the day they got the last laugh as I hobbled about groaning for a number of days  with some of the worst delayed onset muscle soreness I have ever had. It was a 17.5 mile walk for heaven’s sake!

There is however a serious side to this. It would be fair to say that the majority of runners experience injury at some point in their running life, and I think that all runners, especially long-distance runners expect to be injured at some point.

I have been relatively lucky and tend not to be injury prone, but did experienced a number of years (2004 – 2007) with recurring hip problems. There was also a knee problem (overuse) which knocked me out of any serious running for a good six months (in 2011).

Thanks to specialist help, discipline and constraint on my part I got over these injuries, but it was not an easy journey. Injuries are not only painful but frustrating and mentally taxing. None of us likes to stopped from doing what we love, what excites and impassions us. Also running often acts as a stress buster and if we are not able to run we find it hard to de-stress. In a nutshell, we get grumpy, very grumpy sometimes.

Patience is not a virtue that I nor many of my fellow runners possess. It is all too easy to return to training and to push too far too soon which inevitably results in a further setback and more time out. I did that with the hip problems, not taking the time needed to fully repair the problem, hence the recurring injury. When I finally got the message, took the time and did as advised and instructed, the injury ‘miraculously’ cleared never to return, but it took about 6 months after 2 years of stop start. I had learned the lesson however, and when I had my knee injury I did as I was told and let it take as long as it needed to fix using cross training to maintain fitness.

Our approach to dealing with and coping with injury is as important as our approach to training. The secret to success is to apply the same focus, discipline and rigour to the healing process as to our training. We have to apply the same respect to our broken bodies as we do our training schedules and events. Of course, it could be argued that if we respected our bodies in the first place we would not get injured. If we build in sufficient rest days and cross-training we should be able to minimise the risk of injury. It is the same with rehabilitation; we have to rest, do the remedial work and optimise the cross training.

There are other problems that can to all intent and purpose be regarded as injuries. In 2012 having got over the knee injury I struggled to get my training levels up and dropped out of 2 events at the half way mark. I had headaches, insomnia, heavy legs and low energy levels that drained away rapidly: so demoralising and mentally draining.  If it were not for a chance conversation with a work colleague I would never have thought to consider that I might have a magnesium deficiency. A tweak to my diet and some supplements and I was soon bouncing back and regaining my equilibrium.

In addition to  dealing with the physical effects of injury we have to find ways to cope mentally, to deal with the anger, frustration and stress; the feeling of helplessness and depression that often accompanies the injuries. For me, it is about focussing on the positives, constantly re-affirming and telling myself that whilst I may be inactive, I am actively managing my injury and that I will come back stronger and more determined. I also plan for what I will do when I am back on form: plan my training, plan my events; I plan a treat for myself as a reward, usually some new kit that I have had my eye on; I remain involved in some way by marshalling or helping out with events, supporting other runners. It is that age old life lesson of taking the good with the bad and remaining positive; but also respecting our bodies and health, and realising that even when injured we are a still in a better position than many who are less fortunate and live with permanent injury or ill health.

The road back (part 1): emerging from the tunnel